Life’s Lessons from the Superbowl 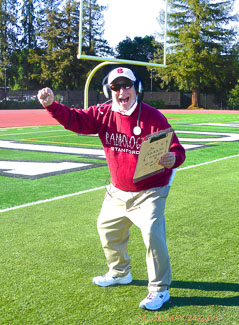 Whether you are a football fan or not, yesterday’s Superbowl game between the New England Patriots and the Seattle SeaHawks was both exciting and entertaining! Talk about a game that went right down to the wire! It’s a shame that one team had to lose. Then again, there’s always something to learn from such a loss. (more about that later.)

Plus, you got to watch the latest versions of the Superbowl TV ads. (For some, including my 30-yr old daughter Amy, that was the ONLY reason to watch the Superbowl in the first place.) I especially liked the Budweiser Ad featuring the love between a lab puppy and a big Chlysdale. I also loved the Fiat ad featuring an amorous old Italian couple and a bouncing Viagra pill. (priceless!)

Back to the game: Seattle seemed to have their second consecutive Superbowl in the bag, with possession of the ball on the New England 1 yard line and 3 downs to push the ball only 1 yard for a game-winning touchdown with 20 seconds left on the clock. That, after a Patriot rookie cornerback blew coverage leading to a miraculous catch at the Patriots goal line. Plenty of time for 3 plays. It seemed New England’s courageous 10-point comeback in the last 10 min. of the game would go for naught. Poor rookie cornerback Malcolm Butler would have to live with the fact his blown coverage let his team down and lost the Superbowl.

Then, mysteriously, Seattle’s “head” coach, Pete Carroll (a guy I especially don’t like, after he coached the USC Trojans for a number of arrogant years) made what may be the biggest blunder in Superbowl history. Instead of ordering up a safe 1-yard running play by their bull moose halfback Marshawn Lynch, coach called a riskier pass play. More flash, more show, I guess.

You all know how that ended: A surprise interception by a New England rookie corner back in the end zone, sealed the win for New England. And, created a legend reputation for that same rookie, Malcolm Butler, who had almost lost the game two plays back! “I did what I needed to do to help my team win” the humble young man said after the game. They’ll be talking about it, and him, for years.

Life’s lessons learned from that game are several, and they certainly have applications to career and life planning:

1. IN LIFE’S IMPORTANT GAMES, YOU MUST NEVER GIVE UP! The whole world thought New England’s chances to win were gone when Seattle went up 24-14 with little more than 16 minutes left to play. Not New England. They kept together, didn’t panic, had faith in themselves, kept to their plan, and kept pushing on, one little bit of gain after another. They had a vision, a plan, and they stayed with it to the end, never giving up. Even when it appeared that all was lost.

So too do many of you have a plan (or are developing a vision from which a plan will hatch). In order to succeed, and to get the life and career you so desire, all you have to do is to believe in yourself, don’t panic if things don’t go entirely by plan, (remember Malcolm Butler the rookie cornerback) and just keep showing up and doing your best. That how you become a champion. As Coach Peter says, “Most of success in life is about continuing to show up in your own life, and committing to your best effort.”

2. The other major life”s lesson in yesterday’s finish: DON’T COUNT YOUR CHICKENS BEFORE THEY HATCH, or get too cocky, flashy, or take too many risks when things are going your way in the 4th quarter. It’s never over until the fat lady sings. Typical of the SeaHawks team (and coaching staff), they were a little bit too full of themselves, and didn’t take care of business.

Coach Peter says, “When you see the end of a project or goal getting closer, don’t let up prematurely. Keep your head down, and keep pushing, until you reach the finish line. There will be plenty of time to relax and celebrate in the locker room AFTER you finish your task.”

AFTERTHOUGHT: what in the world are we going to do until football season starts up again??

Words of Wisdom
Have You Clarified Your Career Calling?
Non-Clinical Career Transitions: Solving the Money Issues