Radiologists are Burning Out 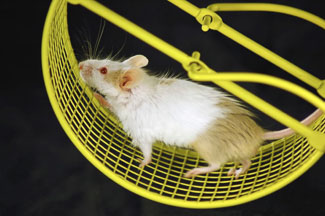 Dr. Moskowitz is Quoted in the June 04, 2015 of Diagnostic Imagine Magazine.

You can see the full text of the article here at

You can also the the text quoting Dr. Moskowitz below….

Contributing Factors
According to the 2014 American Medical Group Association (AMGA) 27th Annual Medical Group Compensation and Financial Survey, which was also discussed at RSNA 2014, relative value unit (RVU) increased at an even higher rate than compensation for radiologists. RVU rates, which are the primary measure of a physician’s productivity, set reimbursement by the Centers for Medicare and Medicaid Services (CMS).

The study found that RVUs for interventional radiologists increased by 5.8% and by 7.2% for diagnostic radiologists. According to RSNA, the rise represents one of the highest in any specialty, except for psychiatry.

Coupled with this are changes to the Multiple Procedure Payment Reduction (MPPR) as applied to RVUs. In 2012, when CMS expanded MPPR to include a cut to the professional component, RVUs should have been reduced too, since an additional second study only gets credited for 50% of the RVUs as opposed to 100%. Notably higher RVUs—when the MPPR should have made them lower—signifies radiologists are working even harder.

Of all the factors that could be contributing to burnout among radiologists, the increase in work volume may be the overriding factor, according to  Peter Moskowitz, MD, a clinical professor of radiology at Stanford University School of Medicine.

“It seems every year that the number of cases and the daily work volume seems to be getting greater at a time when there is pressure to increase individual work productivity,” said Moskowitz.

He says radiologists’ RVUs are being monitored to the point where some hospital administrators are using RVU output to determine salary and bonuses.

“There is tremendous pressure on radiologists to work more and do it faster and that stress is the major problem,” said Moskowitz.

Without interventions, he said it’s hard to see the situation improving.

Who Might Be Impacted the Most
Moskowitz, who is also founder and executive director of the Center for Professional and Personal Renewal where he coaches physicians on career and life management, said in his 16 years of coaching, radiologists have become his predominant client over the past five years or so.

“It’s becoming more and more of a problem in our field,” he said.

Yet at the same time, he said it’s still the elephant in the room that no one wants to acknowledge. He said the anxiety and depression radiology trainees feel is often not spoken about because many are reluctant to admit they need help in the first place.

Moskowitz cites a particularly high stress rate among radiology trainees, which he has noticed first-hand in many of his radiology residents.

“Burnout is becoming more of a significant issue among trainees in radiology, and if left unaddressed, the natural progression would be that it would start affecting their mood and performance,” said Moskowitz.

McNeeley and his colleagues were the first to look at burnout for radiology trainees. Based on a 2013 study, they found similar levels of burnout among radiologists when compared to internal medicine residents. This correlation signifies something noteworthy because for years radiology has carried a reputation for being a lifestyle specialty.

McNeeley said this could end up misguiding medical students to enter the field for the wrong reasons and perhaps with unreasonable expectations. By the same token, he said it could cause department leaders to underestimate the pressures that their trainees are experiencing and possibly result in a lack of department wellness initiatives that should be in place.

This current situation seems especially worrisome and stressful for radiology trainees. Radiology residents work nights and weekends, take frequent calls, and are not in a position of power, according to Moskowitz. 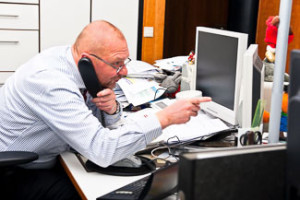 In addition, they go through a relatively long training period—which includes five years of postgraduate training with fellowships becoming virtually obligatory; they are hit with medical student debt that can easily exceed $150,000 as they begin residency coupled with difficulty finding affordable housing in urban centers when they begin training; and they face an uncertain job market as well as changes in the board certification process.

Moskowitz said those who are single and without the added income from a working spouse are especially susceptible to such financial stress.

“Over time, this financial stress takes a toll,” said Moskowitz.

Both McNeeley and Moskowitz agree that if the topic is not addressed and conditions are not improved, radiology could face a recruitment crisis in the years to come.

Moskowitz said leaders should be concerned if they begin to see residents leaving their training programs before completion.

“It’s a huge issue of tremendous importance—it threatens the very viability of radiology,” he said.