WHO WILL YOU BE IN THE COMING YEAR? 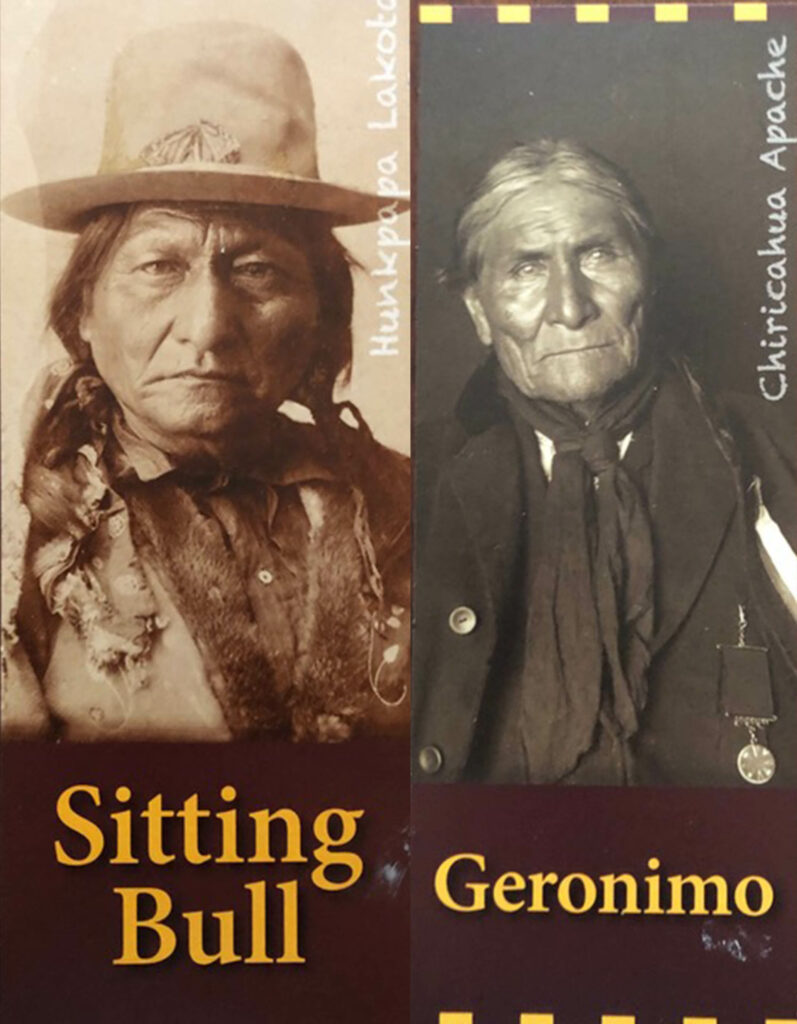 The coming New Year always brings thoughts of self-improvement, and New Year’s resolutions. It’s my experience that most NewYear’s resolutions never come to fruition. The good intention is there, but then problems sustaining them pop up; not enough true ACTION. I call that, “trouble at the border.”

For a kid growing up in a small town in Northern Utah, when I heard the words, “trouble at the border” I usually thought of the endless battles fought by early Utah settlers and the native American Indians of the region.

Two of the most famous of American Indian leaders were Sitting Bull, and Geronimo. You can see their actual face shots, above. Both of them look like formidable men. They were not only fierce warriors, they were also great leaders of their Indian nations.

As a kid, I knew nothing of their character or leadership history. Instead, my friends and I imagined that Sitting Bull was a lazy type, never amounting to much other than sitting. We would call lazy kids Sitting Bull. Geronimo, on the other hand was associated with a call to immediate action! GERONIMO!! we would yell as we swooped down on unsuspecting child cowboys in our backyard play battles.

We can use those childhood fantasies about Sitting Bull and Geronimo to reframe our thoughts as adults about “trouble at the border.”

In coaching relationships, both coaches and their clients work hard together to create a vision or visions for the future. A new chapter, or perhaps a new career, a better way of living, or more fun and better balance. That said, these visions don’t just manifest because we wish them to. They become manifest only when we work hard to plan Specifc, Measurable, Appropriate, Reasonable action steps, with specific Timelines to hold ourselves accountable —SMART ACTION STEPS!. And with appropriate support resources to encourage us to succeed.

As we approach the new year, do YOU want to be a SITTING BULL, just blowing smoke, or do want to be a GERONIMO!! leaping into action? Think about it; the choice is entirely yours.

Words of Wisdom
Visiting Professor at the Univ. of Pennsylvania Department of Radiology
2019 SEAK Non-Clinical Careers for Physicians Conference